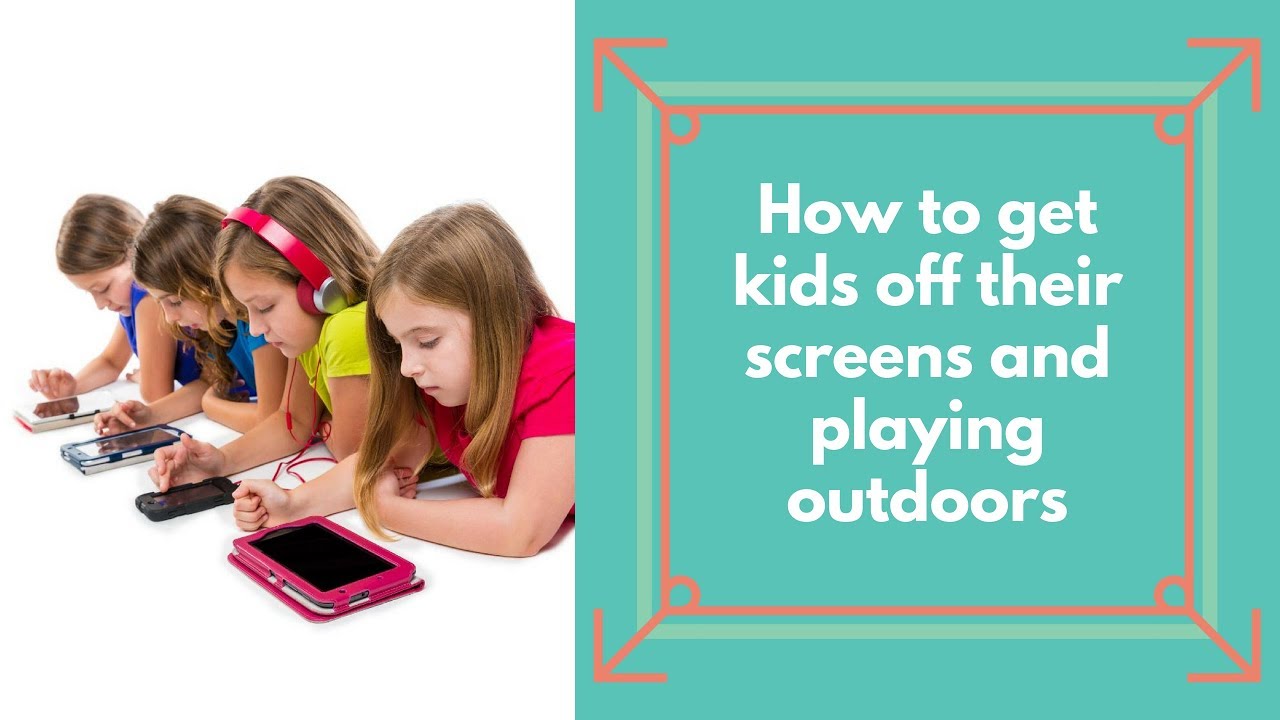 One of the greatest challenges parents of post millennial children face is the monitoring and policing of our children’s screen time.  I want my girls to experience the wonders of the natural world in all its glory rather than just pinching and expanding on a screen on Google Maps… if I could just muster up some parental energy!

And herein lies the problem for many of us working parents.  It’s easier to hand them a digital device than argue with them about going outside to play.  When we just need 20 uninterrupted minutes to get dinner on the table a digital nanny can feel like a sanity saver.

Yet we inherently know that it’s not what is best for them.  Deep down we all want our kids and grandkids to have the carefree outdoor childhood that many of us were fortunate to have. I had an analogue childhood, but I parent digital children.  Our generation of adults played outside 71% of the time, but that has dropped to 21% for our children’s generation. *

Almost a third of children play outside for 30 minutes or less a day and one in five don’t play outside at all on an average day, which means children now spend less time outdoors than prison inmates.   In fact children spend twice as much time on screens inside as they do playing outside.  So, should we allow them to sit stationary, basking in the glow of their screen or take them out to scale a hillside and bask in the glow of a real life sunset?

Well, it’s not an either/or argument.

It’s not an iPads Vs Adventure battle.

It would be much more helpful, seeing as digital devices are not going away any time soon, if we saw them as allies rather than opponents.  Restricting technology is an unrealistic demand to impose on a generation of kids so accustomed to being wired all the time.  We have to acknowledge that they know no life before the world wide web, unlike us analogue adults, and so for the majority of young people, digital devices and social media seem a whole load more enticing than going for a walk or playing outside.

It’s our responsibility, as parents and grandparents, to utilise technology to encourage them to want to play outdoors.  We need to have a foot in both camps.

Children won’t automatically see ways they can combine a love of technology with fostering a love for the great outdoors.  We have to show them how.

One way I have found works well is to mirror what they love on their screens.  What do they love watching on TV or YouTube?  Providing it is something wholesome then you have a perfect opportunity to entice them outside by replicating it in the garden or at the park.

My girls love MasterChef!  There is a junior version on CBBC, but they love the adult version too.  So, one day in a bid to get them outside, I suggested we film our own version in the garden, with them as stars of the show.

Armed with a small pair of scissors, a few plastic plates, bowls, cups, some water and a garden trowel I challenged them to produce a beautiful three course meal out of anything they could find in the garden – not to eat but it had to look good enough to eat.

Two years later they still enjoy playing Outdoor Junior Masterchef.  They love getting their hands dirty and I love that I know from all the research I have read that this is helping them to develop strong immune systems.

I’m excited about the opportunities we have to integrate technology with outdoor adventures.  The aim is not to succumb to the nostalgia of the way things used to be in our analogue childhoods; it’s to understand how they are now and to use the technology as a catalyst for change in the lives of young people.

Why not give this one a go while your children are still on their half term holiday?

P.S If you are worried about them destroying all your plants then set them some rules. e.g. Only pick flowers that have dropped, are wilting and about to die or have been eaten by bugs.  No eating berries!

* This research is by http://www.playengland.org.uk/streets/ but there is a wealth of knowledge about this topic online if you want to learn more.